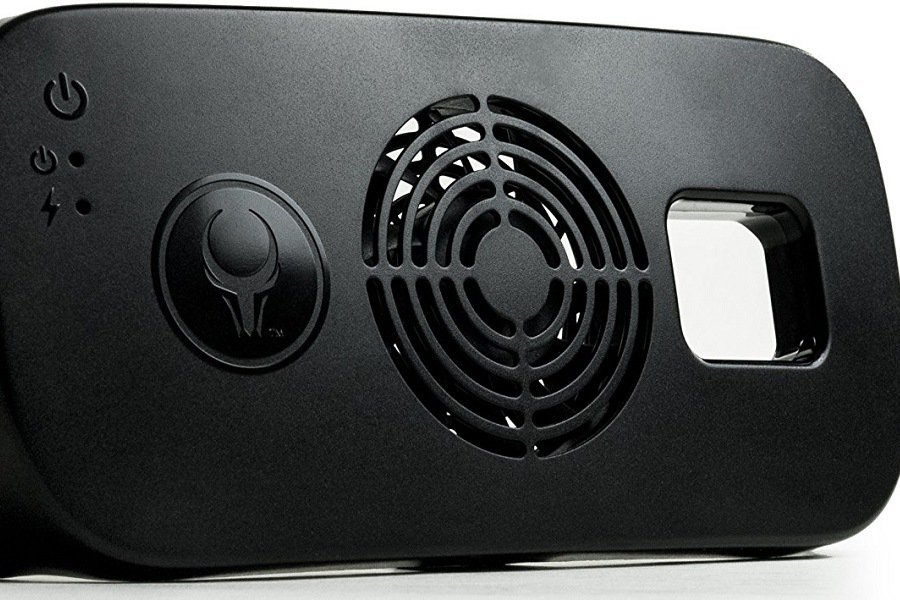 The Samsung Gear VR is one of the best ways to get the virtual reality experience without paying the super high prices that come with the high end virtual reality headsets. It’s a very impressive device as far as mobile VR headsets go.

However, one issue people have had with the 3rd edition of the Samsung Gear VR that came out in 2015 was that their phones were overheating. Virtual reality requires a lot of power so this does make sense. In response to that problem, Samsung released this Samsung Gear VR cooling fan. Let’s take a look at some of the pros and cons.

The key perks of this device are that it’s easy to set up, quiet, and well designed to make sure you can use your Samsung Gear VR longer. It attaches nice and easy onto your Samsung Gear VR so there isn’t really any annoying set up involved. Just snap it on and get back to enjoying your virtual reality games or movies. It’s also designed with your phone in mind so even when you snap it on, you’ll still be able to use the camera feature for when you’re using an augmented reality app or just want to see what’s in the real world around you without taking the headset off.

Finally, the fan comes with its own built in rechargeable battery so after you’re done playing, you can charge it up and have it ready for your next VR session. Overall, it is a very affordable option for eliminating the problem of overheating that has been known to happen with this particular Samsung Gear VR model. So if that is the model you have or the one you are considering buying, we definitely recommend getting this fan to prevent overheating.

Roto VR Chair: This Amazing Chair Can Give You the Ultimate VR Experience!