You might have heard the term “augmented reality” being thrown around more and more recently. It’s becoming somewhat of a buzzword and that’s because technology is finally starting to catch up with the ideas that we have been dreaming up in our science fiction and fantasy stories for decades.

What Is Augmented Reality?

The augmented reality definition can be found in the term itself. It is technology that augments reality. So what does that mean exactly? Well, basically, it is a device that you use to see and interact with the real environment around you only, the device also has augmented reality software which adds new features and objects to your environment.

It’s a little easier to understand when you look at how it differs from virtual reality. Virtual reality is any technology that simulates reality or creates a world that feels real even if the features of it are unrealistic (such as a world where magic is possible).

In order to make it feel real, it has to cut you off from actual reality so that you become totally immersed in the virtual world it has created. This is the key difference. Augmented reality is not simulating or replacing reality. You don’t have to cut yourself off from the real world. Instead, augmented reality adds new things to the real world that aren’t really there but move about and interact as if they were.

How Does Augmented Virtual Reality Work?

So how exactly does augmented reality add to reality? It’s basically a combination of using a device that is able to perceive the world around it (meaning it has things like a camera, microphone, and other types of sensors) and software that is able to use those to strategically add in its own features.

Imagine you are standing in your living room, turning your smartphone on and looking at your living room with the camera. With the right augmented reality app downloaded, it could begin to add things like a creature jumping up and down on your couch or a huge virtual feast laid out on your coffee table.

The first (and more affordable option) is the headset that mainly acts as a mount for your smartphone so that you can wear it like a headset. These kinds usually connect to your smartphone via a small wire and allow you to navigate with buttons on the side.

With this kind of headset, you can make your augmented reality games﻿﻿ and other apps more immersive because the headset allows you to view your actual environment exclusively through the augmented reality on your phone’s screen.

Instead of getting a headset mount for your smartphone, you can also choose to get a pair of glasses that have the augmented reality tech built right into them. These are usually more expensive since they use more advanced technology.

They give you an even more immersive experience than a smartphone mount because the design is usually more like an actual pair of glasses only the lenses are screens. They are lightweight and allow you to interact with the augmented features by moving your arms around.

So to an outside observer, you may look a little silly waving your arms around in the empty air, but from your perspective, you’re rotating an object in your hand or navigating a menu of information and reviews about the restaurant you’re standing in front of.

Both options allow for a much more immersive experience of augmented reality than simply holding your smartphone out in front of you. They also both free up your hands so you can use them to manipulate virtual objects.

What Can You Do with Augmented Reality?

Ok, so that all sounds well and good but what’s really the point? What can you actually do with augmented reality? In this section, you can read about a few of the applications that already existed and some exciting future developments that are already in the works:

This is the area that is probably seeing the most research and development right now. We are getting more and more games that creatively use augmented reality to make for a unique gameplay experience. Pokémon Go (see below) is a recent example that took the world by storm but there are plenty more.

An architect and his team can actually visualize what their building will look like in the landscape by going over to the actual site and using augmented reality software to place a 3D model of their building design exactly where it would stand.

Augmented reality can make bland boring textbooks and presentations come alive. Studying anatomy? Turn that 2D drawing of a skull into a 3D model that you can rotate and move to view from all angles. Watch miniature battle reenactments take over the desk in front of you. There are many creative ways this tech could be applied to make education more interactive, more interesting, and more relevant for students.

There are many ways to apply augmented reality to medicine. One example is an app which uses infrared technology to film the veins underneath a patient’s skin and then project virtual veins on the patient’s skin exactly where they actually are so that you don’t have to deal with a technician poking you over and over with the needle in search of a vein. It can also allow expecting mothers to see the fetus in 3D.

A smart windshield can use augmented reality to display important info like current speed and hazard warnings. It can also display arrows and other symbols to help the driver navigate and know when and where to turn. This way, they don’t have to look down at their dash, over at their navigation device or anywhere else but the road in front of them.

Imagine having a pair of augmented reality glasses when visiting a new city that can label the buildings around you and offer details and information about what you see in front of you. No more flipping through a bulky tour guide or trying to google “tall crooked building in Italy?” to figure out what’s in front of you! Your glasses will see it and tell you everything you want to know.

There are many, many more current and future applications that we haven’t mentioned here. Listing every possible use that augmented reality could have would fill up an entire book!

Now that you have a better understanding of what the technology is and what it could be used to do, let’s take a look at some of the applications and uses that are already possible today. Here are a few of examples of augmented reality apps that we think are great ways to start experiencing what this technology has to offer:

If you’re looking to get inked, this is the app for you. It includes a database of pre-made tattoos but will also let you design your own. Then you simply point your phone at the spot you are thinking about getting the tattoo and it will protect a realistic looking virtual tattoo onto your skin.

It looks very lifelike so you can get a very good sense of what you’ll actually look like if you do decide to get it done. It’s a very narrow use but it does give you an idea of what kind of everyday/practical uses augmented reality can have. And it would also be a great tool for tattoo artists who want to help their customers visualize the tattoo before they commit.

This game became a worldwide craze as soon as it hit the market. It took the Pokémon characters people had come to love from the older games and the TV show and projected them into the real world around us.

Users download the app on their phone and then wander around their neighborhood and city pointing their phone all around them in search of a Pokémon. Once you find one, the goal is to capture it and, of course, you gotta catch ‘em all! Since the app is free, this is one of the best way to introduce yourself to the technology.

This is another free app that will help you see how augmented reality can be applied to education. If you’ve ever looked up at the night sky and wished that you could identify constellations, planets, or even just see all the stars that the city lights have blocked from your view, this app is perfect.

This is another cool everyday application for augmented reality. If this app had existed earlier, the movie Dude, Where’s My Car would have been over in about 5 minutes. Basically, as soon as you park, you pinpoint your car’s GPS location in your phone (by simply clicking a button).

Then, go on about your business. When it’s time to head back to your car, simply turn the app back on and follow the giant red arrow in front of you until you and your car are reunited once again.

This is an augmented reality game that adds a little spookiness to your world. Basically, it lets you be a real life ghostbuster—who hasn’t dreamed of doing that? With the app on your phone, you wander around your house, neighborhood, or anywhere you want to go in search of virtual ghosts. Hunt them down and capture them! It’s a similar concept to Pokémon Go in that way but it’s still fun in its own right.

In the coming years, we are definitely going to see a surge in apps and devices that use augmented reality technology in creative ways to make your life easier or at least more entertaining! Start checking out the apps that are out now so you’ll already be familiar with the technology by the time it becomes a norm in our everyday lives! 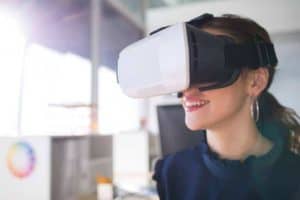 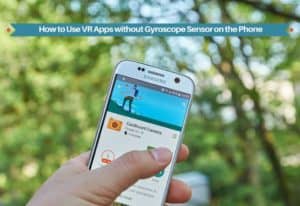 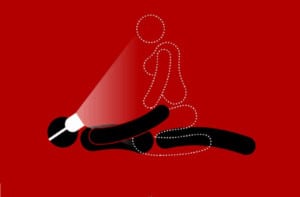