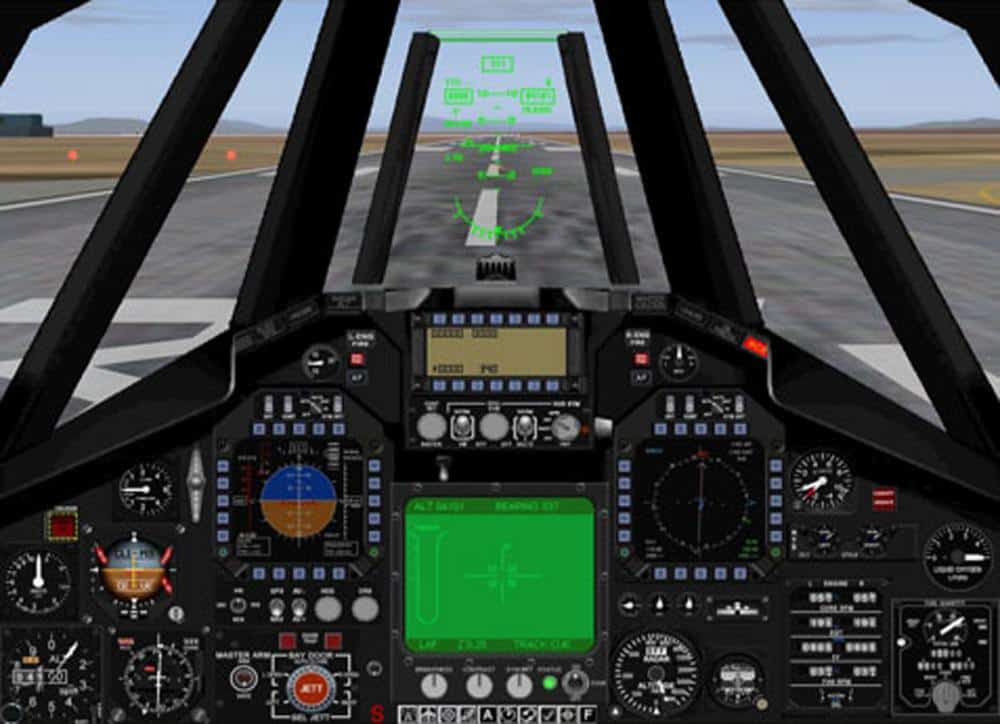 Virtual reality (VR) technology is transforming the way in which humans interact with the real world. Instead of relying on the external, two-dimensional navigation of digital software, VR ﻿﻿technology allows users to step inside the world of a program. The ability granted by VR to interface with a three-dimensional world from a first-person point of view (POV), carries many beneficial commercial and industrial applications. What’s more, one of the biggest VR trends, which has gained the most commercial traction, has been the advent of VR simulator for awesome flight simulation experiences... with a decent controller, you can feel like you are there in the cockpit. So realistic you may experience motion sickness.

Humans have dreamt of throwing off their earthly bound coils and taking to the skies in flight since man first saw birds flying. When the Wright brothers invented the first commercially viable form of human aviation, a huge binding was unlocked from the ankles of man. During the space race of the 1960s, humankind cut another bond with land, when we took to the stars. Today, skydiving professionals have taken to experimenting with wingsuits as it is not enough to simply fall through the sky—but instead to soar through it. However, if you don't happen to be a professional skydiving expert, it will be quite some time until the average person can strap on their very own set of wings—or will it?

Thanks to the best VR flight simulator gear, like the Oculus Rift, Sony’s PlayStation VR, and The HTC Vive, virtual reality has been developed to the point that your average Joe can have their very own set of wings and fly from Chicago to Bangkok, without leaving their living room. Birdly, is an Oculus Rift-based VR flight simulator, created to suspend the user in the air. The player lays on a wing-frame—looking like a bird, peter pan, or superman—and flaps their arms in order to fly. As VR flight simulator ﻿﻿technology progresses and goes through many innovations, these types of physical VR integrations will become more commonplace. However, at the moment, VR tech has only just come to fruition and the most amazing VR flight experiences are to be had by integrating new VR tech into traditional PC-based flight simulator programs. The best flight simulators have always incorporated meticulously accurate detail, into each plane's exterior and interior gameplay. Oculus Rift brings the reality of the flight to life, in a whole new way. Looking around, as the player sits in the cockpit, they will notice that every detail is incredibly specific and accurate to the aircraft's real-life model. One could, almost, feel confident in flying the real thing—but, probably shouldn't actually attempt it, without a pilot's license. However, by incorporating the best flight simulator gear, in conjunction with the VR Oculus Headset, it's almost as good as truly flying. For a truly awesome flight experience, transcending the bounds of VR expectations, Apollo 11 VR puts you in a Saturn V Rocket, alongside Neil Armstrong, Buzz Aldrin, and Michael Collins. Apollo 11 VR is advertised as an Immersive Educational Experience, in which viewers are an interactive part of the historic Apollo 11 mission, in which man first stepped on the moon's surface in 1969. Apollo 11 VR is an immersive, interactive documentary, lasting about an hour and forty-five minutes, which uses NASA archived recordings from the actual flight and is true in every detail of the event. Apollo 11 VR exemplifies the emotionally moving capabilities of VR flight experiences, often moving the viewers to tears of awe. After you have ridden shotgun on the most historic spaceflight in history, saddle up in the pilot seat yourself, in Lunar Flight. Lunar Flight is the best VR flight simulator on the moon. Players are immersed into the environment of a Lunar Cargo transporter, tasked with the responsibility of delivering cargo to the moon base. The game operates in 360-degree virtual reality and players are responsible for 100% of the gameplay. Unlike Apollo 11 VR, Lunar Flight incorporates complete player interaction. This becomes evident, as it does in the best VR flight simulators, due to the difficulty and intricacy of flying the craft. However, the lunar flight is in no way fast paced. No jet engines, or laser guns—instead, Lunar Flight focuses on the true-to-NASA experience of future work on the moon. Lunar Flight Simulator is a fantastic VR flight sim for NASA nerds. And, to be honest, those are the best kind of people. For those who enjoy the earthbound, classic VR flight simulators, but need some more action, War Thunder combines the intricacy of DCS World with combat-based objective gameplay, in full virtual reality. War Thunder integrates the Oculus Rift as its virtual reality catalyst. The game’s animation graphics are incredibly detailed and beautiful, making War Thunder the best action-based VR airplane flight simulator on the list. Though the support team has had early difficulties upon the launch of Oculus VR for War Thunder, they have, since, fixed most of the bugs.

War Thunder takes place in the time between World War II and the Korean War. All of the aircraft flown by players are replicas of military aircraft from the time period. The historical accuracy in the aircraft's design is uncanny, making for one of the most memorable flight experiences in VR. However, the game is free to download, which is great, except there are times where an aircraft's balance will be off for no apparent reason as a player is flying. Though this has been a common experience, players can always expect to get what they pay for and, since War Thunder is free, it’s a great VR flight simulator for those who are new to flight sims.

PlayStation VR: What You Need to Know About Sony’s New VR Headset