Over the past couple of years, virtual reality technology has advanced more rapidly than it has in the last 5 or 6 decades. Not only is it capable of doing far more, it’s also becoming possible to make it super affordable and to enable even simpler devices (like your smartphone) to become virtual reality devices. 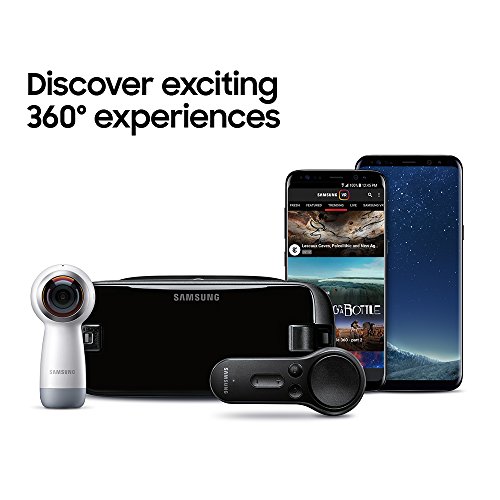 The products in the market today range from super high end (and super expensive) virtual reality headsets that act as complete VR systems to low end headsets that are literally made of cardboard. So you, as a consumer, are blessed with quite a few choices.

Samsung has recently entered the virtual reality market with a low cost and feature rich product that will let you experience virtual reality without paying the steep prices of a high end device. In this article, you’ll learn more about the main benefits of drawbacks of the Samsung Gear virtual reality headset. 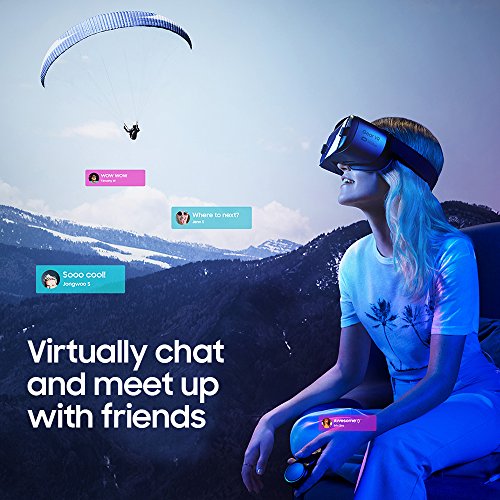 Before we talk about the pros and cons of this device, it is important to be clear about what it actually is. In the virtual reality market, there are a few different ways that virtual reality experiences are created.

At the higher end, you have high tech headsets that come with built in displays, audio, and motion tracking abilities. The Samsung Gear is not that. It is a mobile VR headset which means it is designed to be used with a smartphone.

So rather than a full-fledged VR headset, this product is more like a head-mounted case for your phone so that you can use your smartphone as a virtual reality device. That means that the visuals and tech will be as good as your smartphone.

It’s important to be aware of this distinction. Because if you buy this expected a complete VR device in its own right, you will be disappointed. However, if you know what you are buying and you are in the market for a mobile VR headset, this is going to be one of the best options you can choose.

And there are many great reasons to opt for mobile VR rather than a fully developed VR system. We’ll look at some of those benefits as well as the benefits that are specific to this particular mobile VR headset below. 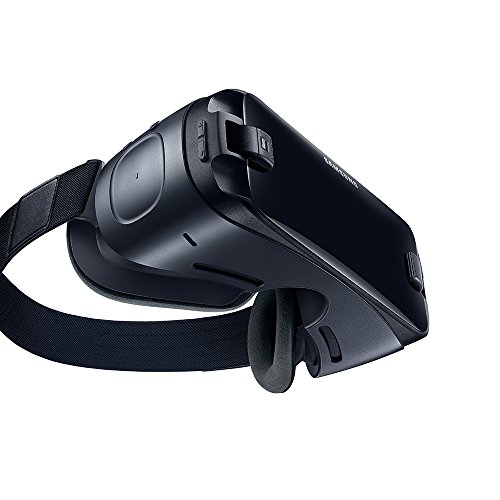 While there are cheaper mobile VR options out there, this is the best one for your money and it is a great affordable alternative to high end VR systems. So if you’re looking for a budget friendly option that still has some decent features, this is it.

It’s pretty much ready to go right out of the box. All you have to do is plug in your compatible phone and mount it. And, best of all, it uses software that was developed by Oculus!

Oculus is the company behind the state of the art ﻿﻿﻿﻿Oculus Rift﻿﻿﻿﻿, a very high end VR headset that creates one of the most immersive virtual reality experiences you can get today. Samsung partnered with Oculus to develop a lower end, simpler version of their VR software.

So you know you are getting something that was developed by quite possibly the most respected name in virtual reality today. The software enables 360 degree panoramic virtual views and loads of cool games and videos—although the content is somewhat limited since it is still pretty new.

Compared to some of the other mobile VR headsets out there, the Samsung Gear VR is definitely more comfortable. Cardboard, for example, doesn’t have a head strap so you have to continuously hold it up to your face like a view finder or a pair of binoculars. Samsung’s headset does come with a head strap so you can actually wear it and keep your hands free to wave around excitedly about your new VR headset.

As far as the cheaper mobile VR headsets go, this is definitely one of the best built products you can find. It’s got a great design and it is made of durable materials.

The Gear VR does a little more than just hold your phone to your face. It also comes with a control panel on the side featuring buttons to help you navigate your apps while the phone is mounted inside.

The first Gear VR only worked with one specific model of Samsung phones. That meant it was of extremely limited use. If you wanted to enjoy the headset, you had to also buy that specific phone. This newer release is compatible with more models (but still only Samsung’s phones).

You can charge your phone while it’s in the headset. This is a nice little perk because virtual reality software can be a huge drain on the battery. This way, you get uninterrupted gameplay!

Overall, it’s pretty much the best product in the mobile VR market right now. It’s nowhere near the quality level of a high end fully functional VR headset but it’s not meant to be. It’s meant to be the affordable alternative that still offers an enjoyable virtual reality experience and it does exactly that.

But, there are some drawbacks that come along with it. So keep reading to make sure it is definitely the right choice for you.

Although the newer release has been made to fit with a few more phones than the first Gear VR, you are still limited. If you don’t already own one of the 6 compatible Samsung phones, you’ll have to buy one, which will end up making the total amount spent around the same as what you would spend on a fully developed high end virtual reality system.

Of course, the new phone can also be used as a phone so if you’re in the market for a new one anyway, this might not be a problem. Samsung phones are great.

There’s plenty of fun and impressive content that does work on the Gear VR but most of the Rift’s PC games are not compatible with the mobile software they created.

Something like the Rift or the Vive will just do a much better job of drawing you into the virtual world and making you feel like you are really there. The Gear VR is a much more limited version of that experience. It does have the ability to pair with a Bluetooth game controller but it’s still not as immersive. But the fact is, if you want full immersion, you have to go for a high end device.

While these drawbacks can be significant—especially the fact that it’s only compatible with a few specific phones—it is still a great option. Unless you are determined to get the most advanced VR system available, you can get the Gear VR and be perfectly happy with what it is capable of.

It’s not perfect but it will give you a nice introduction into the possibilities of VR at a price that is much more affordable. So if you ultimately decide it’s not your thing, you haven’t gone bankrupt in the process.

However, if you don’t already have a Samsung phone that is compatible, the initial investment is higher. So if you’re going to have to buy a new phone as well, we recommend doing your research into the compatible models and making sure it’s a phone you would be happy to own.

Because it’s definitely not really worth buying a new phone that you only use for virtual reality. If you’re spending that much money just for virtual reality, you might as well look toward the high end models that offer a much more immersive and high quality VR experience.

There are many great reasons to buy this virtual reality headset from Samsung. For one, it’s very affordable even for those on a budget. It’s a lower investment than buying a full VR system and this can be a major factor for those who aren’t yet sure they’ll use virtual reality often enough to justify the high price of a high end device.

That leads to the second reason to go with the Samsung Gear VR. It is an excellent introduction into the possibilities of virtual reality. If you’re curious about what a VR experience is like, this is a very affordable and super easy way to try it out.

However, if you don’t already have a compatible phone, you’ll have to make sure you’re willing to switch to using one of the compatible models before you invest in this device.