Your Guide to This Game Changing Tech

But what is a virtual reality headset and what can you do with it? They aren’t exactly the cheapest gadgets (although their prices are pretty much comparable to a gaming system) so what are you really spending your money on?

When a technology is this new, it can be easy to get overwhelmed or become skeptical about whether or not it’s really worth it. So let’s take a closer look at what virtual reality headsets are, what you can do with them. What is Virtual Reality Headset?

A virtual reality headset is a device that you wear (on your head). It hooks up to your PC, smartphone, or a gaming system and allows you to become fully immersed in the virtual world. Whether that world is a game, a movie, or another app, you’ll get to feel like you are actually there!

There are a few contenders for this title. Each of them offer either top of the line or very good technology and plenty of features to make them a great buying option. Below, we’ll look at the Oculus Rift, the P﻿﻿l﻿﻿ayStation VR, the HTC Vive, and the Immerse VR headset. There are more virtual reality headsets on the market but these offer the best quality and must functionality.

This is probably the biggest name in the industry right now. Not only are they the pioneers but they have put out a headset with some of the most up to date and advanced tech available.

The headset itself has been made as comfortable as possible with the addition of easy to use head straps, fabric lining, and adjustable lenses to perfectly suit the distance between your eyes.

Because one of the main causes of discomfort with virtual reality headsets is actually something called virtual reality sickness (basically motion sickness), they have also worked on the tech to minimize this. The high resolution screens (one for each eye) feature a 90 Hz refresh rate and global refresh. Unless you are a tech geek, that probably doesn’t mean anything to you. Basically, it means that it can refresh the image on the screen faster (90 Hz) and refresh the entire image at once (global) rather than line by line.

Those two features allow the movement to feel more natural which helps to eliminate or minimize virtual reality sickness.

While its competitors will offer comparable technology and design, what makes the Oculus Rift so special is its adaptability. The company has strived as much as possible to make its software open and accessible to developers so that any company can put out games and apps that work with the Oculus Rift headset.

Beyond gaming, Oculus Rift is already looking to develop apps for social media and virtual reality movies. So not only have they put out an amazingly high quality headset at a surprisingly affordable price compared with competitors, they are constantly working to stay at the forefront of new developments in this industry. 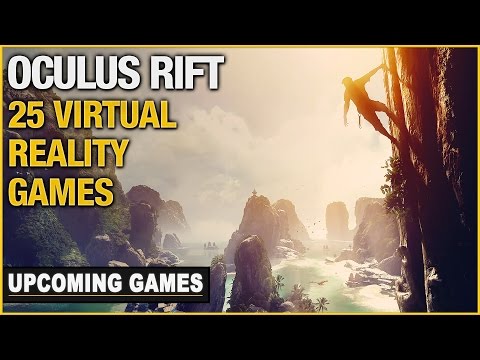 One of the biggest drawbacks is that it costs more to get a bundle with the Oculus Touch controllers. The HTC Vive, for example, includes motion controllers in the bundle already (although it is more expensive overall).

This is the Sony virtual reality headset that is compatible with the PlayStation 4. It does offer high quality tech that is comparable to the Oculus Rift or the HTC Vive but it’s not exactly equal.

It doesn’t have as high resolution and it uses a single display screen (rather than having separate screens for each eye like the Rift and the Vive). But it does have a 90 Hz refresh rate which makes movement more natural. And it is much more affordable at about half the price of an HTC Vive.

The headset itself is very lightweight and comfortable. Plus, it has a really cool futuristic design. And even though it is wired to the gaming system (which it needs to be in order to be as powerful as it is), the wire doesn’t really get in the way while you’re using it. Sony is beginning with 50 titles tailored for virtual reality so you get a nice selection right from the start. And like Oculus Rift, Sony is also exploring a wider range of applications that go beyond gaming even though gaming will always be its primary function.

One downside is that, since the tech really isn’t up to par with the Oculus Rift or the HTC Vive, it is more likely to cause the motion sickness symptoms of virtual reality sickness. But this is mainly a problem when you use it for a long time. Sony recommends taking a break of at least 15 minutes after an hour of play.

It is the best option for those who already have the PlayStation 4 and want to have an affordable entry point into the world of virtual reality. It’s the cheapest option out there for the quality of tech that it offers. Much cheaper, and you are looking at headsets that are basically just mounts for your smartphone and don’t feature a whole lot of virtual reality tech themselves.

HTC Vive was born out of the partnership between HTC and Valve Corporation—makers of the gaming platform Steam and the series Half Life. It plugs into your PC and is compatible with the massive range of Valve’s games. Since its release, it has quickly become the main competitor for Oculus Rift. With 70 sensors, it is able to provide 360 degree head tracking. And like the Oculus Rift, it has a powerful 90 Hz refresh rate that allows the images to smoothly transition without lag or pixilation. So as with the Rift virtual reality headset, you’ll be able to avoid that virtual reality sickness.

The tracking system is what really sets the HTC Vive apart from its competitors. It uses Lighthouse which involves mounting sensors in all 4 corners of your room. These sensors than track the infrared lights on the headset (just like the competitors do). Since there are sensors placed all around the room, you get extremely accurate location and position tracking.

That does mean you are going to have to mount some sensors in your house but they are relatively small and non-intrusive. It’s mostly inconvenient if you plan to take your HTC Vive with you somewhere since you would need to unmount the sensors as well.

It’s become a crowd favorite for its advanced technology and functionality. However, unlike the Oculus Rift, it is exclusive to Valve games. That means you are starting with more than 500 games available. However, this can also be a drawback depending on what you are looking for. 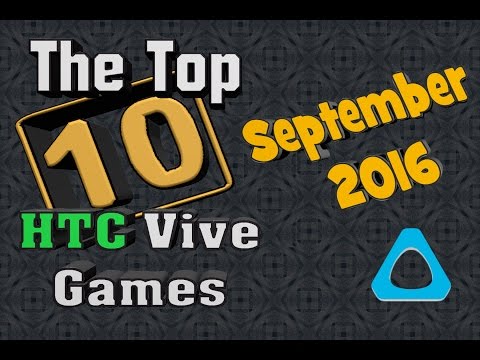 Oculus Rift has fewer total games right now since they didn’t immediately gain access to a wide range of games like the Valve gaming ecosystem. However, the games they do have tend to have richer, more involved storylines and longer hours of play.

And since Oculus Rift has made its software development kit openly available to all game developers, there will be a lot of new games coming out over the years and you’ll see a more diverse range since you’ll get titles from different developers rather than just Valve games.

Of all the headsets we’ve talked about so far, this is by far the most affordable. That’s because it’s not a complete virtual reality headset like the ones being made by Oculus VR, Sony, or HTC. Instead, it is a headset that you mount your smartphone inside. So it will be as good as your smartphone.

The headset is extremely comfortable to wear with padding all around the edge, a comfortable head strap and adjustable lenses. It also has a lot of apps and games although definitely nothing as complex and cutting edge as what you’ll see from the headsets above.

It also has a removable window so that you can use it with augmented reality as well. Imagine playing a game like Pokémon Go with a headset that lets you fully immerse yourself in the augmented world!

Basically, this is the best option for someone looking to get a sense of what an immersive virtual reality experience is like without shelling out the cash needed to buy a high end virtual reality headset like the Oculus Rift or the HTC Vive.

It’s a great starter headset and if you enjoy your experience with this one, you’ll definitely enjoy the experience of a higher end headset. But even if you do end up buying a higher end virtual reality headset later, this one will still be a convenient headset for taking with you.

Since you probably won’t want to risk damaging an expensive headset by taking it with you outside the house, you can still get a virtual reality experience with the Immerse. Just make sure you watch where you’re going! Avoid using it in places where you run the risk of walking out into traffic.

The Future of Virtual Reality Headsets

In the future, we can look forward to development in 3 main areas. Developers are experimenting with tons of different ways to use virtual reality and to make headsets better. These are just the 3 most common areas that are being developed at the moment.

Virtual reality is an exciting new industry that’s going to be full of innovative new technology and applications that we would have never thought possible. If you’re considering getting a virtual reality headset to see what all the hype is about, we are pretty confident that you will not be disappointed.

We are poised at the very beginning of something innovative and transformative. You can check out one of the headsets mentioned above which are currently the leaders in the market or consider one of the other models that have been released. There are more and more companies entering this market all the time so you will have no shortage of options to choose from.