What You Need to Start Playing Virtual Reality Games

Setting up virtual reality at home is surprisingly easily. You only need a few key devices and many of them come in bundles. The exact set up will depend on whether you’re planning to play virtual reality video games on your PC or on a gaming system like Xbox or PlayStation. You also have the option to play using your smartphone.

In this section, we’ll talk about the set up for playing virtual reality games online or at least on your PC. In later sections, we’ll look at the gear need for playing on a gaming system and for your smartphone.

For virtual reality gaming on any platform, the more important piece of equipment is going to be your headset. For the PC, you can choose from the 2 best options on the market. Assuming your computer is up to date enough to handle the output needed by your headset, the PC is the best way to experience virtual reality in terms of the quality of the virtual world. The two best choices for virtual reality headsets to use with your PC are the Oculus Rift and the HTC Vive. We have done more in depth reviews (and even a comparison of the two) already but we’ll some up the key points about each here:

The Oculus Rift uses state of the art tech to make the virtual world as realistic as possible and let you become fully immersed. The display uses separate screens for each eye, both of which are high resolution. It has a powerful refresh rate which decreases lag time and prevents pixilation. That means you get a smoother, more natural movement as the display continuously reorients itself to match your head movements.

The casing itself is ergonomically designed and very comfortable to wear. And the full bundle with headset, sensors, and an Xbox One controller is sold at a lower price than the HTC Vive. The main drawback is that it hasn’t yet launched its motion controllers. It also has fewer games available compared to the Vive. On the tech level, the HTC Vive is comparable to the Oculus Rift. The quality is equal. The key difference is found in the tracking tech. Where the Oculus Rift uses a single sensor mounted in front of you while you sit at your computer, the Vive uses 4 sensors mounted in each corner of your room so that you can stand up and move about.

You can recreate this with the Oculus Rift by just buying additional sensors but the Vive bundle already comes with the sensors you need to do this. The Vive also comes with more games because it was made in partnership with Valve Corporation, the developers behind Half Life and the Steam ecosystem. Finally, the Vive bundle already includes motion controllers which allow you to move your hands more naturally, making the virtual experience that much more immersive. It is definitely the more expensive option, though. And, as mentioned, the tech quality itself is equal to the Rift.

So it’s up to you to decide if having the motion controllers (which the Rift will also have soon) and more games is worth the extra cost. Whichever way you go, you are getting a fantastic headset. So it mostly depends on whether price or game variety is the biggest priority for you.

Virtual Reality Games for the PC

That distinction is also worth noting when you are deciding between the Rift and the Vive. The Vive does have more games but this mostly because Valve Corporation has gone back and made their games compatible. While the Rift has fewer games, the majority of them were developed with the Oculus Rift in mind.

The reason is this distinction is important has to do with how virtual reality actually comes into play in the game. When a game is modified to be compatible, the virtual reality aspects are usually more limited. You can look around and maybe navigate using your new VR system but the game itself is still pretty much designed to operate like a traditional game.

On the other hand, when you play a game that was designed with the intention to be played on a VR headset, you can see the difference. These games tend to take full advantage of the virtual reality technology. Moreover, they develop stories and game play that make use of that tech.

This isn’t to stay that retroactively modified games aren’t fun. They definitely are. And they are even more fun in virtual reality. However, if you are interested in seeing where gaming is headed with this new tech and you really want to explore the full functionality and possibility of virtual reality, you need to play a game that was designed from the beginning to be played in virtual reality.

Overall, the tech is a little bit lower quality than a Rift or Vive but that it is to be expected and it’s still very, very good. And when you consider just how much lower the price is (it’s less than half the price of a Rift), the slight drop in quality is more than a fair tradeoff. PlayStation’s primary rival in the market is Xbox and, so far, they have not shown in interest in developing a VR headset to plug into their Xbox One. At first, this seems like a mistake that gives PlayStation a clear advantage. And in some ways, the PlayStation 4 does take the lead here.

Will Microsoft Enter The VR Market?

Microsoft is probably just approaching the market differently. Their main project is developing the HoloLens—a set of augmented reality glasses. And in order to fill the gap of not having a virtual reality headset for their system, they have announced that it will be possible to stream Xbox One games to the Oculus Rift.

That will expand the number of games playable with the Oculus Rift and give a degree of virtual reality capability to Xbox One users.

Perhaps they will actually develop their own Xbox One VR headset later on down the road. But for now, Sony’s PlayStation 4 VR is the only way to go if you want to use virtual reality on a gaming system.

We definitely recommend the PlayStation 4 virtual reality set up for anyone who is interested in trying out virtual reality but not ready to fork out the cash for a high end set up like the Rift or the Vive.

Virtual Reality Games For Your Smartphone

The cheapest way to get into virtual reality is definitely with your smartphone. The quality drop is very noticeable and you’re not going to get the same richness and complexity in your games as you would with a PC or a PlayStation. But then, you probably already don’t expect that from smartphone games anyway.

All you need to start using your smartphone as a virtual reality gaming device is a head-mounted display. The two main competitors on the market are the Google Cardboard and the Samsung Gear VR. The Cardboard is your best bet for just about every phone. You can even use it with an iPhone—and you would have to since Apple doesn’t yet have a headset of its own yet. The Samsung Gear VR has a few more features but it’s not yet compatible with the iOS system so if you are using an iPhone, it’s pretty much out of the question.

When you look at the market as a whole, there are an enormous amount of games available that work with virtual reality. Here we are just going to give you a very brief overview to give you some sense of the diversity of options you have. We’re including games for the Rift, the Vive, and the PlayStation here so that you can start thinking about which kind of games suit your tastes better. 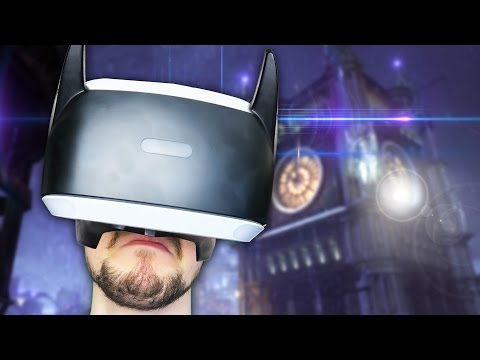 You have so many gaming options in virtual reality. We really suggest looking at more games to see which device’s overall selection you prefer before you make the final decision. Because in the end, you’re going to have the best experience when you’re using VR to play games that you really enjoy.

When it comes to virtual reality gaming, we definitely think the most immersive experience is on the PC using either the Rift or the Vive. But the PlayStation VR option is a worthy contender in the market and definitely worth the investment for those who are looking to avoid the high costs of the Rift and the Vive. Mobile virtual reality is a little more limited in functionality but it is extremely affordable and makes a great option for enjoying VR on the go.