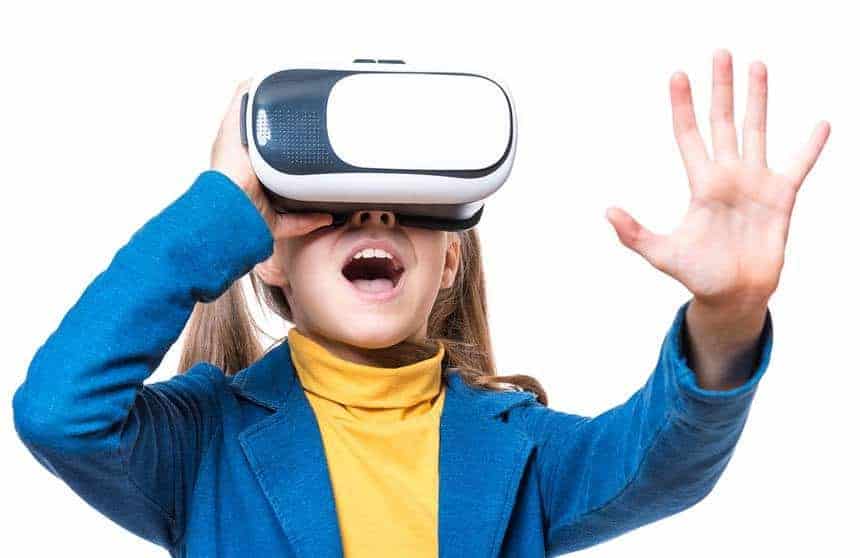 Virtual reality is essentially the computer-generated simulation of a three-dimensional (3D) image or environment that can be interacted with in a real or physical way by someone using special equipment that is outfitted with sensors.

The Pros and Cons of Virtual Reality

Virtual reality manages to merge 3D graphics with artificial senses including touching, hearing, and sight. It is most commonly seen in video games, entertainment, and other design elements and allows the user to immerse themselves in a very realistic environment, especially when used with a VR headset and VR player.

Virtual reality offers an environment that closely simulates reality, can be used in various fields, offers the user unique experiences, and gives very detailed surroundings. It also allows the user to connect with other people and allows for a new method of communication.

While it may seem like an amazing all-around experience, there are also several cons that should be taken into consideration regarding virtual reality. To obtain the entire setup for a more immersive virtual reality experience, you are looking at higher initial costs and the technology is still experimental.

The user should also not forfeit real-world communication for that of strictly the virtual world and it can become extremely addictive.

If you are planning to become actively involved in the virtual reality world, then there are a few key terms every user should become familiar with.

Motion Platform: this is referring to the physical system that is being used in order to simulate display motion into real-world motion. It is the aspect of VR that gives life to the different elements

Eye Tracking: this allows the system to detect where the user is looking so that they can better immerse themselves into the virtual world.

Head Tracking: similar to eye tracking, a head-mounted display tracking also uses sensors to control and track movement for a better experience. It allows you to look in varied directions for a unique perspective of the virtual world you are playing in.

Field of View (FOV): this refers to the angle of the visual field a user has and is measured in degrees. The higher the field of vision a user has, the better the immersion is.

There are many different ways one can experience the amazing world of virtual reality and one of those ways includes being able to watch movies in virtual reality. Watching a VR movie or video at home has become the ideal experience because it allows for far fewer distractions and the user can achieve a better VR experience.

However, if you choose to watch a VR movie, it is important that you find one with a high definition image. Virtual reality technology is constantly changing and evolving but to enjoy the stage it is at now, one must be mindful of the quality they are subjecting themselves to.

Having a good set of headphones is also essential to a better movie watching experience. It is also best to make sure that the headset is properly secured since it will remain on for the duration of a movie.

Finally, if the user’s eyes begin to get tired or they start feeling any effects of motion sickness or disorientation, then it is suggested that a break is taken; even if it is simply closing the eyes for a moment to get back on track.

Several platforms offer video in virtual reality that can be downloaded online. The biggest consideration to remember here is to download the right kind of virtual reality video so a clear image and high-quality graphics are enabled.

VR video can be downloaded from the computer, smartphone, and game consoles. Different equipment will be needed for different platforms.

For the best VR video downloads, many users recommend Wondershare Video Converter Ultimate. It has the ability to convert videos to different formats while being able to then export them to the device the user chooses.

Wondershare also allows the user to quickly convert 360-degree video and again will target the device that is going to be used.

Wondershare is able to achieve the following:

Wondershare offers a new and intuitive design interface that is easy to use.

Wondershare can be used on either Windows or Mac and supports MP4, MOV, MKV, M4V, and FLV video. It also supports video output formats of MP4, AVI, WMV, MOV, and MKV.

It will also support most devices including several Apple device models, Samsung, Huawei, HTC, and LG. GPU support is only available for Windows.

Once the user pinpoints the downloader, such as Wondershare, that they would like to use, they can then find the VR video they would like to watch and type its name into the search engine. Once it is found, copy the URL. The URL must be copied exactly.

Then it is time to open the VR video downloader that has been selected, click “Download,” and then paste the URL into the box. Next, the output format for the downloaded VR video will need to be chosen. Always take into consideration how suitable it will be for the selected device that will be used to play the video.

360-degree VR videos are not the only type that can be downloaded and watched. For other VR video downloads that are in the preferred format and high-quality, the user can also visit Video Grabber.

Video Grabber is a web-based application that allows the user to stream without any hidden costs or fees. They also do not put a limit on how much content can be streamed.

They can support VR video from many different hosting sites including YouTube, Vimeo, and Dailymotion and offers several formats and resolution types for the best video experience.

Simply open the VR video and copy the link. Next, the user will go to Video Grabber and like in Wondershare, the URL will then be copied into the box, and the download button will be pressed.

It is then time to choose the format and resolution the user prefers when the popup shows up on the screen. The page will then be able to direct the user in how to download and install the Launcher. The Launcher ensures that the content processes safely, quickly, and more efficiently.

Once downloaded, the user can then transfer the VR video to either an Android device or an iPhone.

It has an intuitive interface that is easy to use and operate, and it is a free downloader offered for Android devices.

If one plans on using their Android device or smartphone to watch VR videos, then they will want a downloader that is free and easy to use, Video Grabber is just what they are looking for.

It is compatible with IE 7 to IE 10 and can even convert the video into different formats. However, the biggest downfall to the IE Video Downloader is the fact that users are limited to how much can be downloaded.

With the free version, each user is only able to download a maximum of 20MB file size per file. If the user is instead looking for more, there is a license plan that can be purchased that offers unlimited downloading. Also, the free version is only able to convert videos into five different formats and this feature is typically only available for premium users.

YouTube is one of the most popular places one can find excellent quality VR videos available for download. If the device is equipped with free download software for virtual reality then downloading and installing a downloader will be easy using the Free HD Video Converter Factory.

Go to YouTube and find the desired video and copy and paste the URL into the box and click Analyze. The user will then be given several different options for resolution, output, format, and download size. After selecting all the desired choices, hit download to start downloading the selected VR video.

The free downloader tool allows users to download 4K videos and convert YouTube URLs for free. They are then given the option of converting the VR video that has been downloaded to work on an output format panel such as iPhone, iPad, and Apple TV.

The free VR video downloader has two options that suit most users including recent options and custom options. These options allow the user to save their output settings to use in the future so they do not have to be reselected for each download.

If an iOS user wants to download VR video, then the Mobile VR Station caters to the iOS platform and works with every headset. It is an alternative to other players and allows multiple functions like photo viewing, panoramas, videos and file projections for virtual reality.

However, if any of the content being downloaded is DRM protected, then it cannot be displayed using this application.

For Windows, Linux, and Mac, the GoPro VR Player is an option that enables users to interact and play with the 360-degree videos on a personal computer or Oculus Rift device. It allows the user to turn, zoom in and out, and change the projection to achieve different visual effects. It can also be used as a VR movie player or a 3D VR video player.

Virtual reality and 3D effects allow for a new level of entertainment and provide a way for someone to enter any world they desire. VR videos offer a new perspective on the world of movies and offer more than just a flat look at the world they are viewing.

Virtual reality creates more depth and 360-degree videos offer the user the chance to be able to turn and zoom in and out.

Virtual reality videos are a new and innovative way to experience a movie and transport the user to a new and interesting place without having to leave the comfort of their home.

Most VR videos can be found on a variety of platforms including the Apple App Store, Google Play, the Gear VR, Oculus Rift, the HTC Vive, and Daydream.

With a superior quality video downloader, users can download VR videos quickly and easily and it typically requires only a few clicks to get the movie of their choice downloaded onto their preferred device.

These downloaders have also made it easy to choose the movie resolution, file size, and format so the video is sure to be compatible with the device they will be using.