Virtual reality uses technology to create virtual worlds that look and feel so realistic, you’ll think you were actually there. And if you are a little skeptical about that, there are very affordable, low risk ways to try it out.

There are already apps available for smartphones so all you need is a mobile virtual reality headset to mount your smartphone in and you’re ready to go! Keep reading to learn about some of the best virtual reality apps that will let you get acquainted with this new technology and see what it’s like to be immersed in a virtual world!

Since there are a few mobile companies using the android operating system, there are already quite a lot of virtual reality apps that are compatible with this. Both Samsung and Google have both put out their own mobile virtual reality headsets and followed them up with a slate of cool apps to use them with. Here are a few examples:

This game designed to be used with Google Cardboard (but also playable with any head-mounted display is basically a 3D version of Pong where your head is the paddle. You move your head back and forth in order to control the pong paddle and hit the bouncing ball careening toward you. 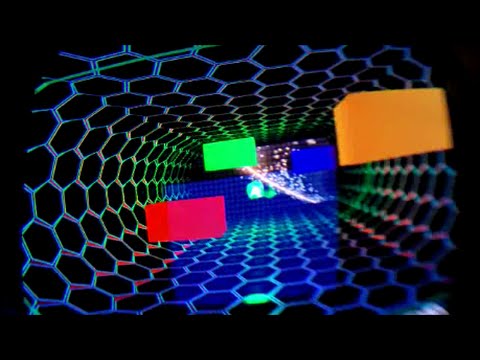 As simple as the concept is, it’s actually a lot of fun and really takes advantage of the motion control abilities of virtual reality.

Seeing the name alone is probably enough for the Star Wars fans out there to say “yep, I’m downloading that one!” And you definitely should. It’s free so there’s nothing stopping you! Simply mount your phone into your headset and launch the app. It’s not a game but it includes a menu of various short film clips.

You can stand in the middle of the Millenium Falcon and turn around a full 360 degrees to view it from every possible angle. So if being in the Star Wars universe was your childhood dream, this is how you can finally make it a reality.

You’ve probably already got YouTube on your phone already. It’s become pretty standard on Android and iPhones alike so this one is available for both. But few people know it has actually been updated to have virtual reality features. That includes 360 degree videos that you can view with your headset. There’s only a limited number of videos that are capable of this right now but since you probably already have the app on your phone, it’s worth checking out. And imagining a future world where you can watch hours of cat videos and feel like you’re actually there in the room with them!

We could keep this list going for a lot longer and we barely even touched on the many ga﻿mes that are available. Luckily, many of the apps on android are free or extremely cheap so it’s pretty low risk to try them out. Just go explore the options and download whatever looks interesting. There’s more apps being added all the time so you should check back regularly to see what new stuff is being made.

For the time being, Apple doesn’t have any kind of head-mounted display to use with its iPhone. However, you can use Google Cardboard or another headset just as easily (just don’t tell any strictly loyal Apple users!). Once you’ve got a headset, you can check out some of these cool apps:

This is a virtual reality iPhone app that is also free! The name pretty much says it all. It’s a virtual reality game where you shoot at zombies. It uses motion control to let you walk around and navigate the zombie infested world and when you spot one of the undead enemies, all you have to do is look to shoot. It’s a simple concept with simple controls so it’s the ideal way to kill time. 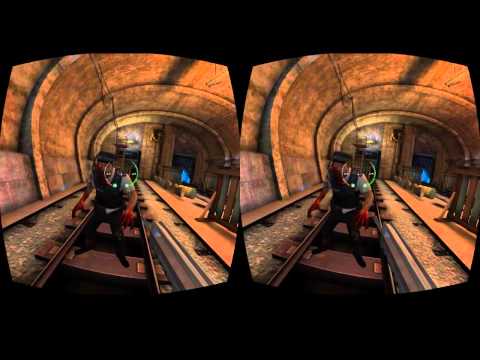 Shrink yourself down to the size of a single cell and explore the inner workings of the human body with this free app. At first, it sounds educational but mostly it’s for entertainment. You have to race through veins, dodging unfriendly things and collecting objects—all of which you do by moving your head. The graphics and colors are really vivid and well done. So it’s a fun game and it looks spectacular.

This is a really creative concept for a game. Basically, you’re a soldier from the Roman Empire and you have to fight off wave after wave of invading aliens using Roman Empire era inspired weapons (like catapults and bows) and some magical attacks. It’s an interesting blend of historical and futuristic elements with entertaining game play. It also happens to be free so there’s nothing to lose! The range of iPhone exclusive virtual reality apps is a little more limited but, fortunately, many of the android apps are also available for the iPhone. There are also a surprising number of free options so go ahead and explore the many different games and apps out there!

Whether your phone runs on android or iOS, you have no shortage of cool and exciting apps that will let you see what this virtual reality craze is all about. And if you like what you’ve experienced with these apps on your smartphone, just wait until you try a higher end virtual reality headset like the Oculus Rift or the HTC Vive that uses the most advanced tech available to create richly detailed and realistic worlds for you to get lost in!